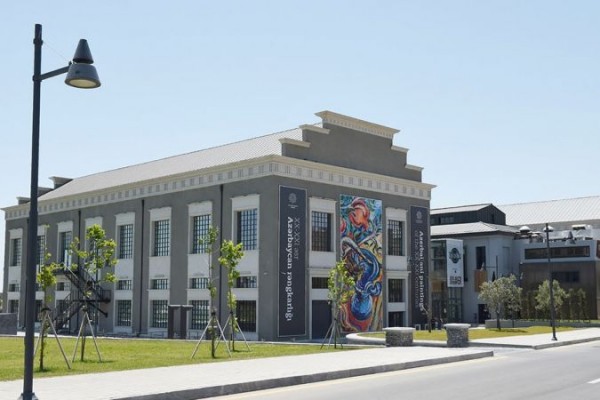 The “20th-21st Century Azerbaijani Painting” Museum on the territory of the State Flag Square has been created by the Heydar Aliyev Foundation. On 8 June 2015, President of the Republic of Azerbaijan Ilham Aliyev, First Lady, President of the Heydar Aliyev Foundation Mehriban Aliyeva and Vice-president of the Heydar Aliyev Foundation Leyla Aliyeva attended the opening of the exposition. Covering a hundred years of development of Azerbaijani arts, the exposition displays, along with first professional artists that have laid the foundation of the easel painting, works by both well-known coniferous and partly forgotten artists. The exhibition pictures artistic directions such as realism, modernism and postmodernism, and gives a chance to become acquainted with the bright, mysterious and inconceivable world of Azerbaijani arts.
Address: Baku , Bail, the State Flag Square
Phone (+99450) 243-28-12
Working days: Tuesday – Sunday
Working hours: 10:00 - 20:00