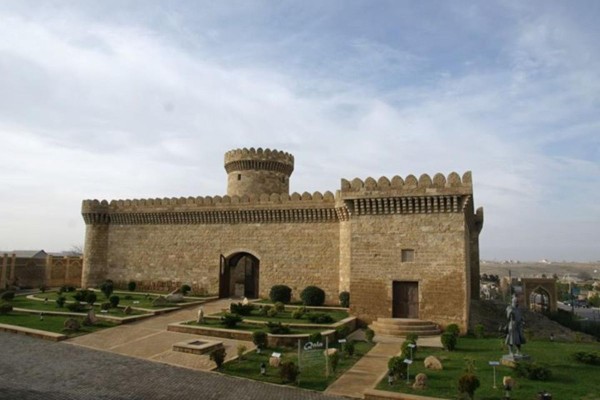 Azerbaijan’s territory is rich with examples proving it to be the home to ancient inhabitants. Absheron Peninsula has special importance in terms of historical monuments. Absheron Peninsula, the ancient settlement, has the history dating before century. Barrows, fire traces and tombs found here during archaeological excavations prove this fact once again. One of the oldest settlements in Absheron is Qala village that is located in the northeast of the Peninsula. There are 215 architectural and archaeological monuments in Qala village and the surrounding regions. The environment which is dated back to 3rd millennium BC is preserved here. There are several architectural monuments – 5 mosques, 3 bathhouses, 4 water houses (ovdan), houses, agricultural buildings, sepulchers, tombs, barrows, remnants of castle, etc. – of historical importance in Qala which belong to the period between 3rd millennium BC and 20th century. Qala village with its history of five thousands years old had several districts. Of those, Tarakama, Balaverdi, Haji Ramazan, Chambarakand are preserved till today.

In 2008, the first “Outdoor Archaeological and Ethnographic Museum Complex” was created in the territory of Qala Historical and Ethnographic Reserve. Archaeological, architectural monuments found in the territory of Absheron were gathered and restored in the Museum Complex. Barrows, houses and other architectural monuments belonging to 3rd-2nd millennium BC, are set as their originals in this area. A wonderful environment was created to observe the pearls of Azerbaijani history in this museum complex which has a territory of 1.2 hectares.