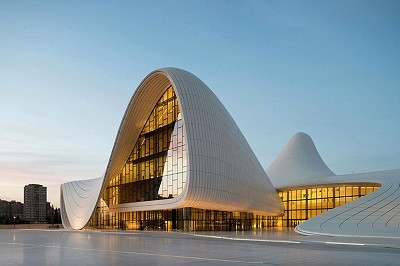 The iconic Heydar Aliyev Centre was designed by Iraqi-British architect Zaha Hadid and is famous for its distinctive flowing, curved style that eschews sharp angles. As a brilliant piece of post-modern architecture, the building’s shape is an eternal cycle, connecting the past with the present. The building houses a conference hall, gallery halls, museums and more and seeks to unite people of diverse backgrounds in a place of shared ideas. The building won the London Design Museum award in 2014.