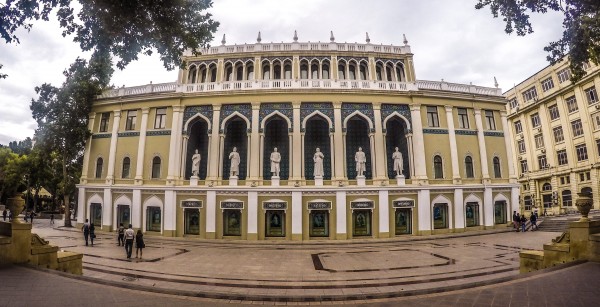 In the center of ancient Baku, the capital of Azerbaijan there is a magnificent building which attracts attention of everyone with its blue majolica on the façade where monuments of six outstanding representatives of Azerbaijan literature - Fizuli, Vagif, M.F.Akhundov, Natavan, J.Mammadguluzade an J.Jabbarli are erected.This is the building of the National Museum of Azerbaijan literature named after Nizami Ganjavi, genius poet and thinker of Azerbaijan. More than 70 years this holy temple of the word carries out the mission of propaganda of ancient history and rich literary heritage of Azerbaijan people.