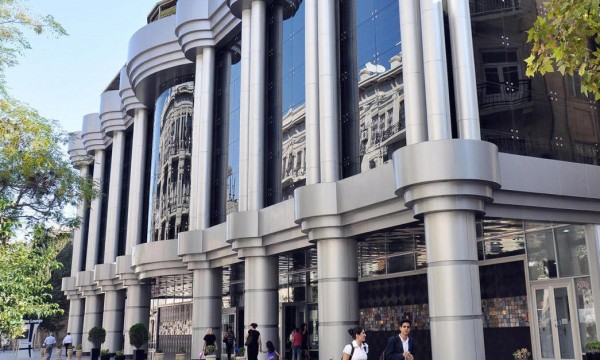 The theatre was founded in 1928, when a Russian troupe made a performance here for the first time. An Azerbaijani troupe, created on the basis of drama circle of pioneers affiliated with the Baku Club of Sailors became a member of this theatre, in 1930.

In the first years of its existence, the theatre staged plays of Russian writers, which were constituted the repertoire of Young Spectators' Theatres of other cities of the USSR. In the 1930s, plays of Azerbaijani dramatists were included in the repertoire of the theatre: In the streets by Jafarov and Melik-Yeganov (1932), Nargiz (1936), Ayaz (1937), Gizil Gush (Golden bird) by Seyidzade (1938), and Mammad the Partisan by Isgandarov and Sabit Rahman (1939). In 1936, the theatre was named after Maxim Gorky.
Classical drama plays of Russian and foreign dramatists, plays of the Soviet writers and dramatists were also staged on the theatre, such as The Government Inspector by Nikolai Gogol, Servant of Two Masters by William Shakespeare, and How the Steel Was Tempered by Nikolai Ostrovsky.
Address: 72, Nizami str.
Phone: (+994 12) 493-79-28